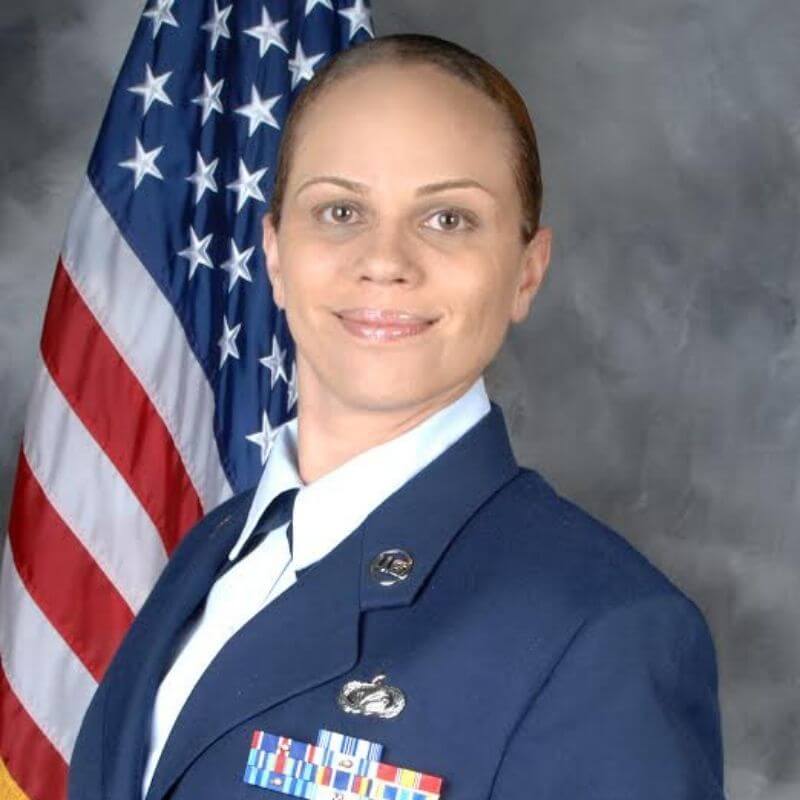 Aja grew up in Moreno Valley, California and was raised by both her mother and grandmother who worked long hours as nurses, providing for Aja and ensuring she had every opportunity that her peers had. Both of Aja’s Grandparents served in the U.S. Military. Her Grandfather was a veteran of WWII, Korea, and Vietnam. Her great uncle was a Tuskegee Airman pilot.

In 2002, Aja joined the United States Air Force Reserve. In 2007, she was deployed to Qatar and stationed at Al-Udeid Air Force Base during Operation Enduring Freedom.

The 41st district consists largely of blue-collar workers. March Air Force Base long fueled the local economy and provided jobs for local residents. After base realignment, cities like Moreno Valley were devastated economically when March became a Reserve Base. Aja Smith will fight to ensure that March Air Reserve Base does not close down and suffer the horrible economic effects. It is essential that we find employment for our veterans and continue to bring jobs back to the Inland Empire.

If elected, Aja would become the first African-American female Republican to serve in Congress from California.