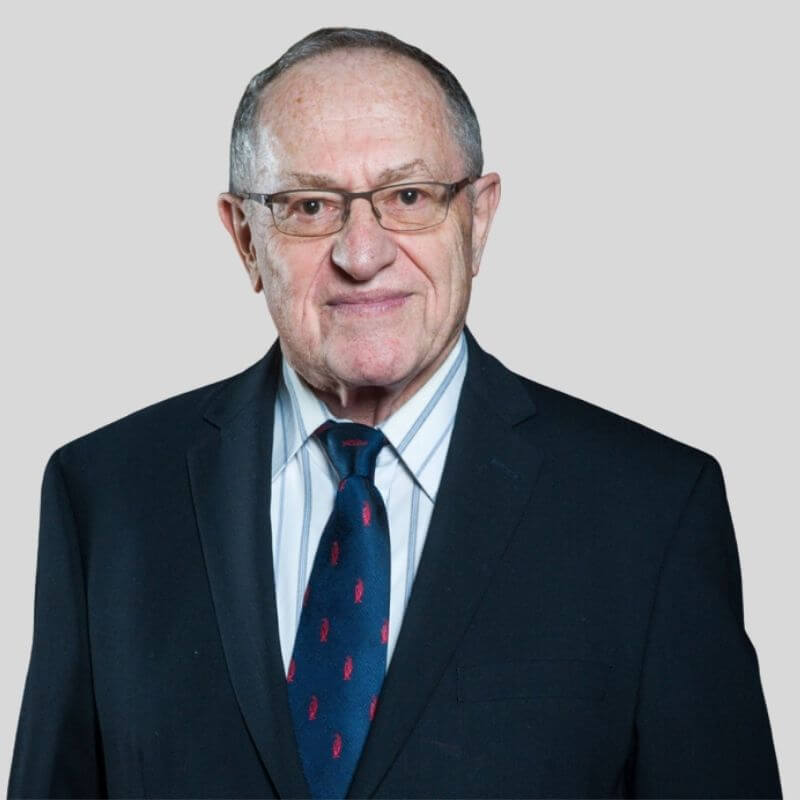 Alan Morton Dershowitz is an American lawyer and academic. He is a scholar of United States constitutional law and criminal law, and a noted civil libertarian. Most of his career has been noted at Harvard Law School where, in 1967, at the age of 28, he became the youngest full professor of law in its history. He held the Felix Frankfurter professorship there, from 1993,until his retirement, in December 2013,and subsequently became a regular CNN and Fox News contributor and political and legal analyst.

Dershowitz has been involved in a number of high-profile legal cases, and is a prominent commentator on the Arab–Israeli conflict.As a criminal appellate lawyer, he won 13 of the 15 murder and attempted murder cases which he had handled,and has represented a series of celebrity clients, including Mike Tyson, Patty Hearst, and Jim Bakker. His most notable cases included the successful appeal of Claus von Bülow's 1982 conviction for the attempted murder of his wife, Sunny, and the 1995 O. J. Simpson murder trial, in which he served on the legal "Dream Team", alongside Johnnie Cochran and F. Lee Bailey, as an appellate adviser.