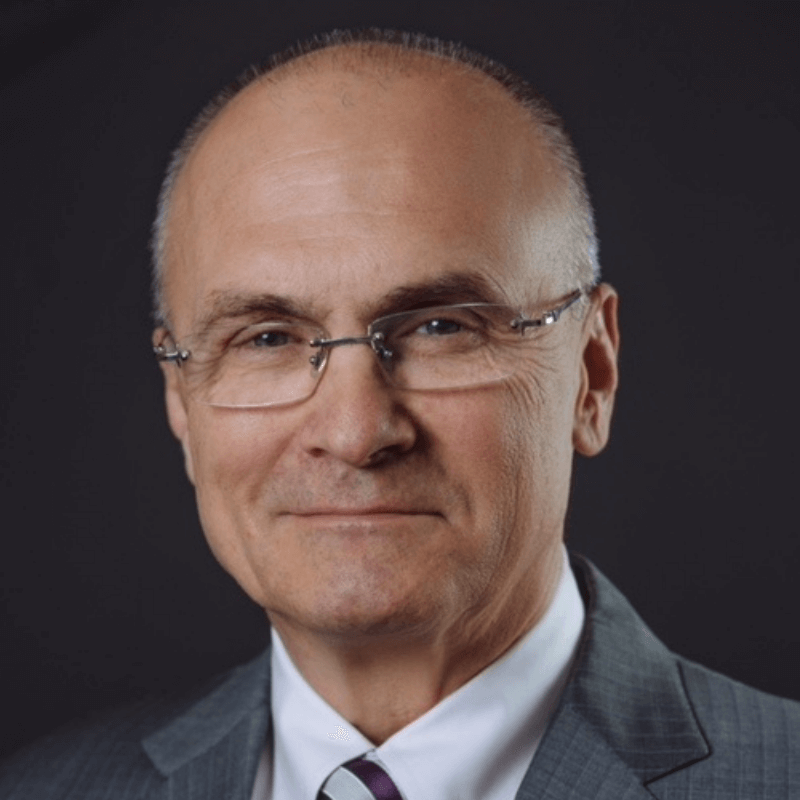 Andrew Franklin Puzder is an American attorney, author, and businessman. He is the former chief executive officer of CKE Restaurants, the parent company of Hardee's and Carl's Jr., a position he held from September 2000 to March 2017.

Andy Puzder was raised in a working class community in Cleveland, Ohio. Andy’s father took a job selling cars after returning from WWII where he served in the U.S. Army in Europe. Andy’s mother was one of 9 children and earned her high school diploma by attending classes at night because she had to work a day job. Andy worked his way through College and Law School. After a career practicing Law, Andy held key leadership positions with Fidelity National Financial and CKE before being appointed CEO of CKE. In December, 2016, then President-Elect Donald Trump nominated Andy for Secretary of Labor.