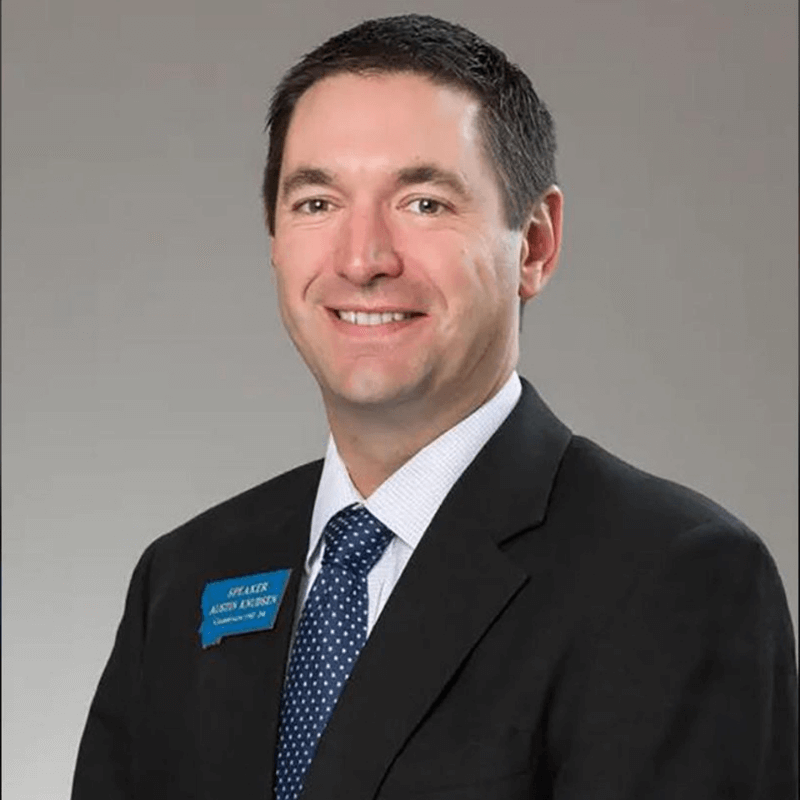 Austin Knudsen is an American attorney and politician serving as the Attorney General of Montana. He formerly served as the Speaker of the Montana House of Representatives from 2015 to 2019. During his time in the Montana House from 2010 to 2018, he represented House District 36, which represents the Culbertson area.

Austin is a proven conservative leader, committed to fighting to keep our families safe, defend our Constitution, and reduce excessive government spending. After serving his maximum four legislative sessions, and presiding over a 2017 Special Session in which he led a united Republican caucus to defeat multiple tax increase attempts by the Democratic governor, Austin returned home to live under the laws he helped pass.