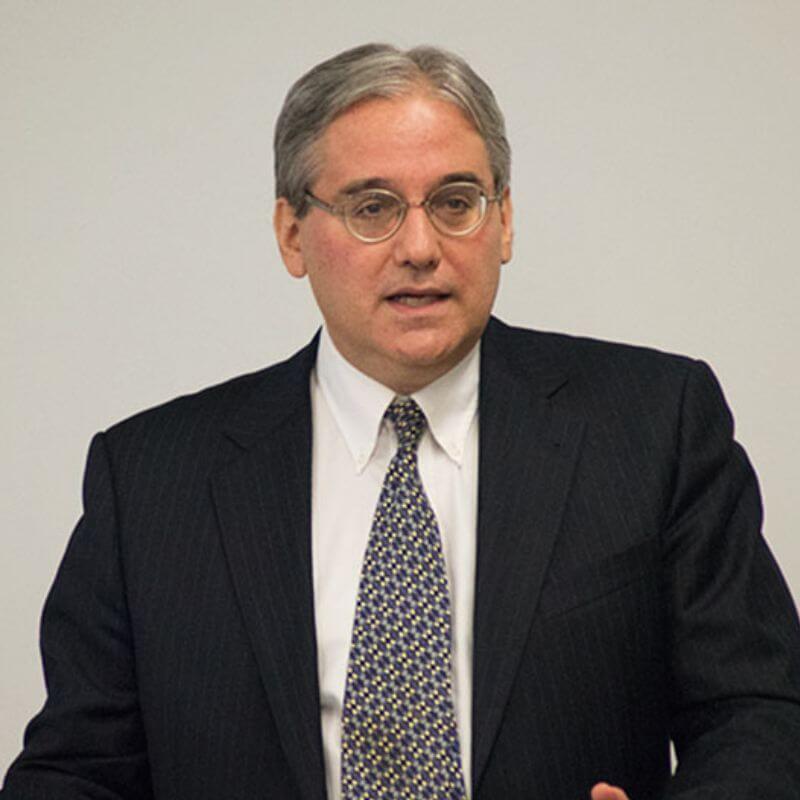 Director of the Securities Law Clinic

William A. Jacobson is a Clinical Professor of Law and Director of the Securities Law Clinic at Cornell Law School.

He is a 1981 graduate of Hamilton College and a 1984 graduate of Harvard Law School. At Harvard he was Senior Editor of the Harvard International Law Journal and Director of Litigation for the Harvard Prison Legal Assistance Project.

Prior to joining the Cornell law faculty in 2007, Professor Jacobson had a highly successful civil litigation and arbitration practice in Providence, Rhode Island, concentrating in investment, employment, and business disputes in the securities industry, including many high profile cases reported in leading newspapers and magazines.

Professor Jacobson has argued cases in numerous federal and state courts. He has a national reputation as a leading practitioner in securities arbitration. He was Treasurer, and is a former member of the Executive Committee and Board of Directors of the Public Investors Arbitration Bar Association, a professional organization of attorneys dedicated to protecting public investors. He frequently is quoted in national media on issues related to investment fraud and investor protection. Professor Jacobson is co-author of the Securities Arbitration Desk Reference (Thomson-Reuters), updated annually.

Professor Jacobson was the founder of Legal Insurrection website in 2008, and is the President of the Legal Insurrection Foundation. He is frequently quoted in the media on political and legal topics, has authored many Op-Eds in major publications, and appears on television and radio to discuss politics and the law. He also has lectured extensively on issues of free speech on campuses, the anti-Israel movement, and antisemitism.