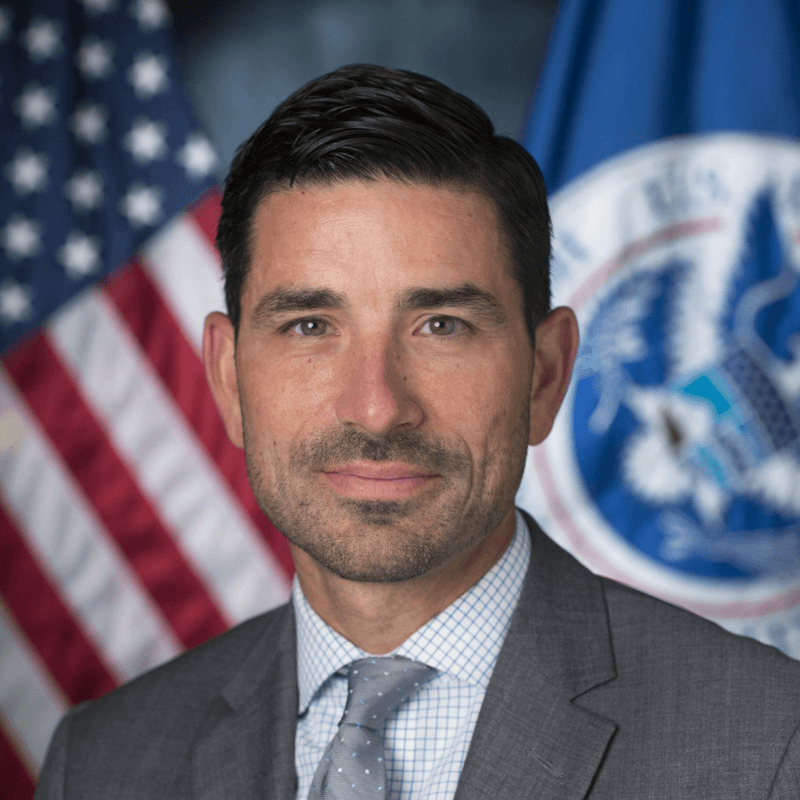 Chad Fredrick Wolf is a lobbyist and former American government official who was named the acting United States secretary of homeland security in November 2019. His appointment was ruled unlawful in November 2020. Wolf was also the under secretary of homeland security for strategy, policy, and plans from 2019 to 2021.
Wolf served at the Department of Homeland Security under both President George W. Bush and President Donald J. Trump. He held numerous senior-level positions, including Assistant Administrator for Transportation Security, Assistant Secretary, Chief of Staff, and was the first Senate-confirmed Under Secretary for Policy.

From November 2019 to January 2021, Wolf served as the Acting Secretary. He oversaw an annual budget of approximately $47 billion, managed over 240,000 employees in 22 operating components and agencies, including the fifth branch of the armed services, the U.S. Coast Guard.