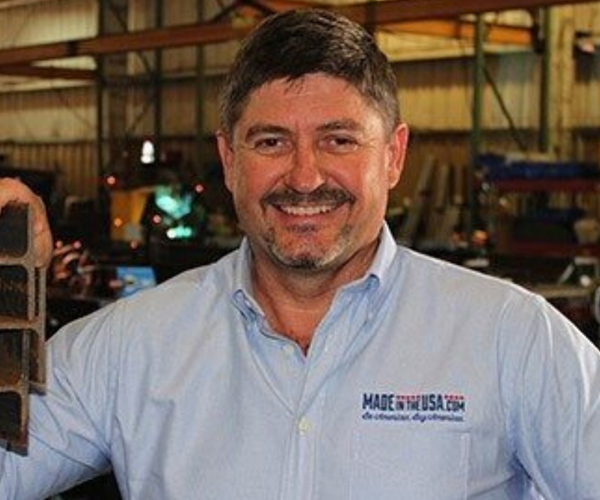 Entrepreneur Don Buckner’s patriotic plan began in 1998, when he attempted to find several American-made products online, but was unable to do so. Frustrated, he took matters into his own hands, purchasing the Domain MadeintheUSA.com. The website served as a directory resource connecting patriotic consumers to more than 300,000 American-made manufacturers for several years. He also acquired the Domain MadeInAmerica.com.

Don is no stranger to success in business since he has been in the manufacturing industry for over 30 years. He started out as a mechanic and welder with no formal education. In 1997, he launched Vac-Tron Equipment, (VacTron.com) a company that was born in his garage. In 2000, Vac-Tron was listed on the INC 500 as the 13th fastest growing privately held company, growing 6500% in just 3 years. In the same year, he was awarded the 2000 Ernst & Young Entrepreneur of the Year Award for the State of Florida. Buckner is also in the Business Hall of Fame and Vac-Tron was Named Industry of the Year and Business of the Year.

After the acquisition of Vac-Tron Equipment in 2018 by Vermeer Corporation, Don decided it was time to go all-in on the #AmericanMade plan and rent the Indianapolis Convention Center to hold the first-ever Made in America Trade show which is that jumping-off point.