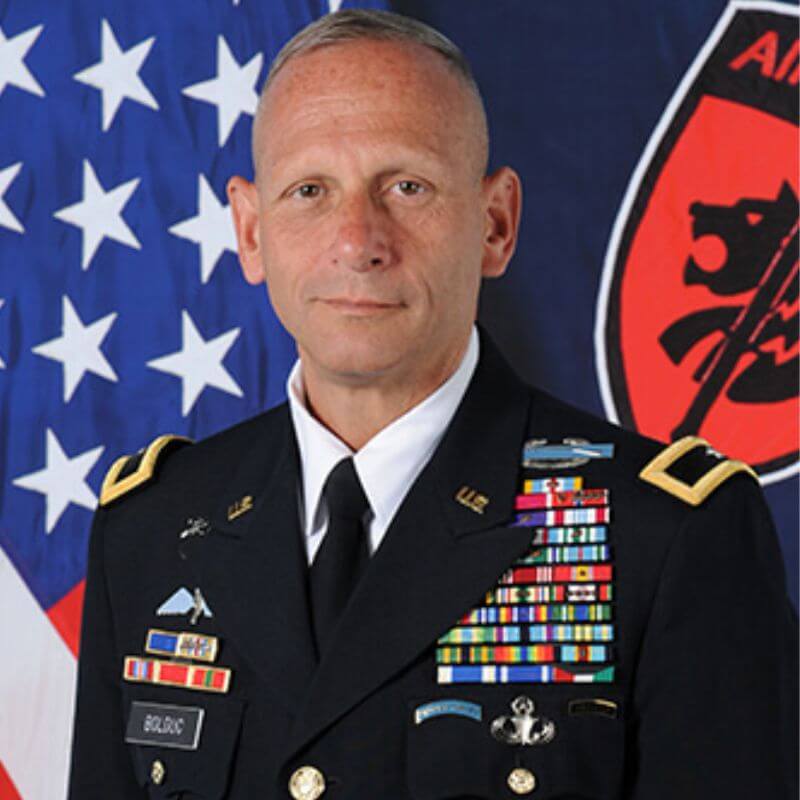 General Bolduc enlisted in the United States Army and after achieving the rank of Sergeant, he attended Salem State University and joined the ROTC program. He graduated as Distinguished Military Graduate and received a commission as a Second Lieutenant in the US Army. This began what would be a heroic 33+ career in the Army Special Forces community.

During his time with the US Army, he commanded many of our nation’s most famous units during the Global War on Terror. He led one of the first groups in Afghanistan, riding in on horseback. He also led the 3rd Special Forces group in Operation Medusa, one of the most significant operations in the Afghanistan war. His unit was credited with the success of the operation, uprooting the Taliban’s tight grip in the Kandahar Province.