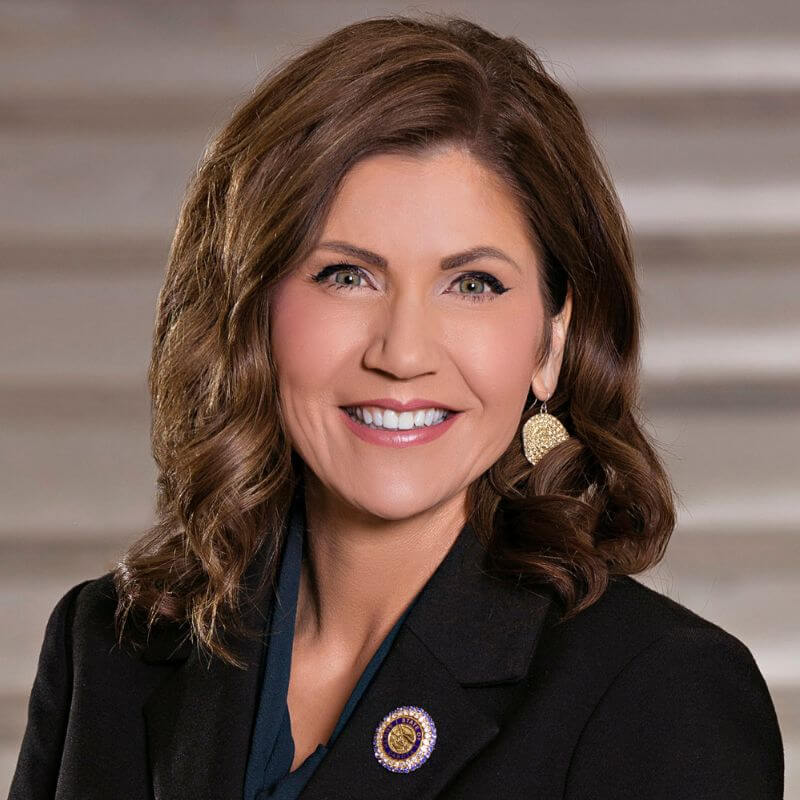 Kristi Lynn Noem is an American politician serving since 2019 as the 33rd governor of South Dakota. A member of the Republican Party, she was the U.S. representative for South Dakota.

Governor Kristi Noem’s political career ascension began with her 2006 election to the South Dakota State Legislature followed by her move to the United States House of Representatives and finally a return to Pierre as the state’s first female Governor.

Under Governor Noem’s leadership, South Dakota has served as a great example to the nation of what can be accomplished when you follow the governing philosophies our founders set in place. God bestows individual liberty and people should be able to exercise their freedoms without bureaucratic interference. The government’s role is to serve the people, working for them to provide opportunities for a better future. With Governor Noem, the focus will always be on making South Dakota a better place.