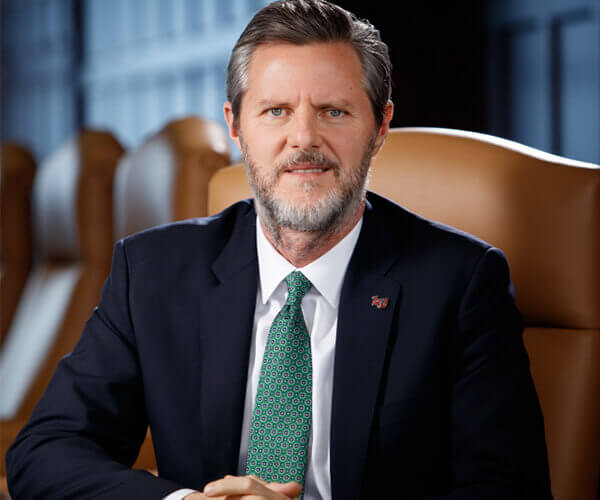 The boy—Jerry Falwell, Jr.—would grow up to become the fourth President of that college

In 1971, a nine-year-old boy sat in a church pew at Thomas Road Baptist Church in Lynchburg, Virginia and listened as his father spoke to his congregants. The pastor shared his vision for the creation of a college that would produce students—“Champions”—who would change the world for Christ.

After graduating from elementary and high school at Liberty Christian Academy, young Jerry earned his Bachelor’s degree in Religious Studies and History at Liberty University. Then, with a letter of recommendation written by Senator Ted Kennedy, he entered the prestigious University of Virginia School of Law.