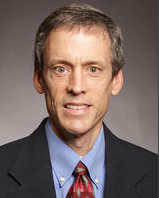 Dr. Parnell has held the Belk Chair of Management at UNCP since 2002, where he also served as Interim Dean during the 2014-2015 academic year. He owned and operated a small consumer electronics direct mail firm before pursuing a career in academe.

Dr. Parnell has received numerous academic awards, including the 2002 H.M. Lafferty Distinguished Faculty Award at Texas A&M University-Commerce, the 2005 Adolph Dial Award for Scholarly & Creative Activity at UNCP, the Peter Vaill Award for Service in 2006 and 2016, and the 2011 Spirit of Inquiry Award from the James G. Martin Center for Academic Renewal.

He has penned several textbooks and is the author of "Strategic Management: Theory and Practice" (2016, Academic Media Solutions, 5e), co-author of "Crisis Management in the New Strategy Landscape" (2013, Sage Publications, 2e) and co-editor of "Business English" (2010, Higher Education Press-Beijing, 2e).

Dr. Parnell served as a Fulbright Scholar in Cairo, Egypt in 2005. He has conducted lectures and executive development workshops in many countries, including China, Egypt, Mexico and Peru. He has lectured numerous times at China University of Geosciences-Beijing and the EGADE Business School/Tecnológico de Monterrey in Mexico.

Dr. Parnell's blog, Battle4Liberty, addresses contemporary issues in business, economics, and education. He has been a frequent guest on the Wilkow Majority, hosted by Andrew Wilkow on SiriusXM.