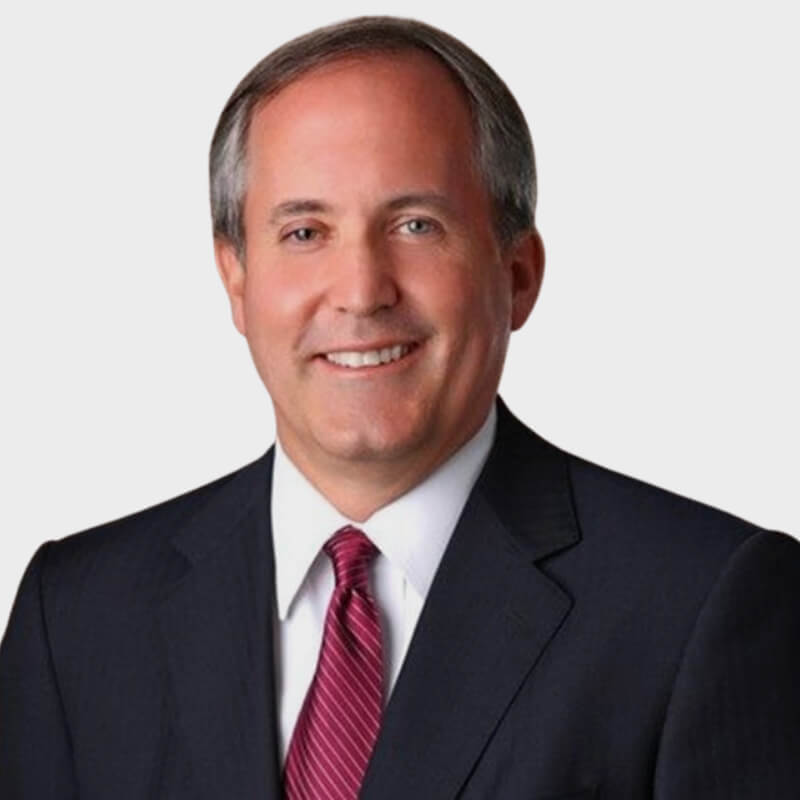 Ken Paxton is the 51st Attorney General of Texas. He was elected on November 4, 2014, and sworn into office on January 5, 2015. He was re-elected to a second term in 2018.
As the state’s top law enforcement officer, Attorney General Paxton leads more than 4,000 employees in 38 divisions and 117 offices around Texas. That includes nearly 750 attorneys, who handle more than 30,000 cases annually – enforcing child support orders, protecting Texans against consumer fraud, enforcing open government laws, providing legal advice to state officials, and representing the state of Texas in court, among other things.

His first major initiative as attorney general was the formation of a special unit dedicated to combating human trafficking in Texas. During its first year of existence, the Human Trafficking and Transnational Organized Crime section helped arrest the chief executive officer of Backpage.com and coordinated to facilitate the permanent shut down of Backpage.com, the largest online sex-trafficking marketplace in the United States.