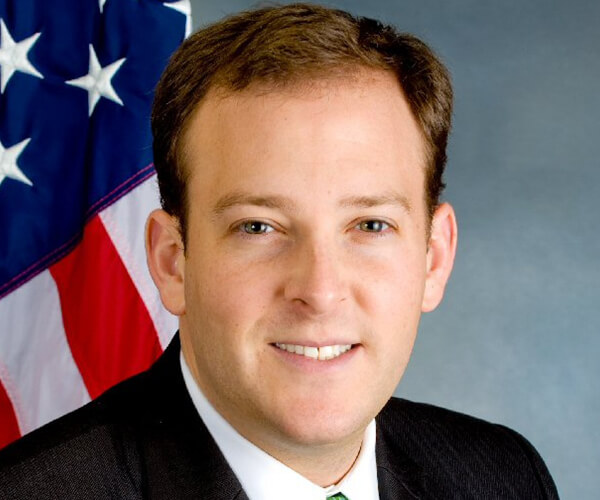 Lee Michael Zeldin is an American lawyer and politician currently serving as a Republican member of the U.S. House of Representatives. He has represented New York's 1st congressional district since taking office in January 2015. The 1st district includes Central and Eastern Suffolk County, including most of Smithtown, as well as the entirety of the towns of Brookhaven, Riverhead, Southold, Southampton, East Hampton, and Shelter Island, and a small portion of Islip.