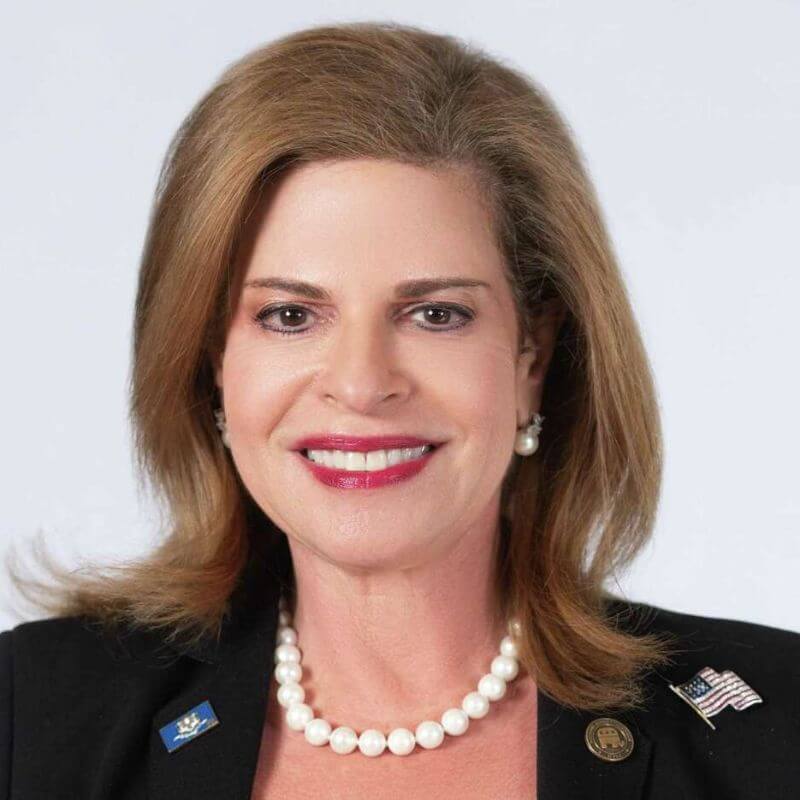 Leora Levy is a Cuban-American businesswoman and politician. She is the Republican nominee in the 2022 United States Senate election in Connecticut.

Leora has served as Finance Chair for the most recent gubernatorial campaigns in Connecticut, for Tom Foley (2014) and Bob Stefanowski (2018), as well as for the Connecticut Republican Party from 2013 to 2015. She has helped Republicans in Connecticut and nationwide for over forty years, and has served on the Finance Committees for the RNC, the National Republican Senatorial Committee, and the National Republican Congressional Committee. Leora has hosted and organized events for Republican Party organizations and candidates from around the country, welcoming many of our Republican national leaders to her home in Greenwich.

Leora has supported our active duty military and veterans as a Director of Soldier Strong which provides exo-skelton suits for paralyzed veterans, enabling them to stand up and to walk, and through her support for ECAD, an organization that trains and provides service dogs for our veterans. In 2009, she also organized a project to furnish the first two MTBI clinics for our wounded soldiers in Afghanistan at Bagram Air Force Base and in a remote Afghan location.