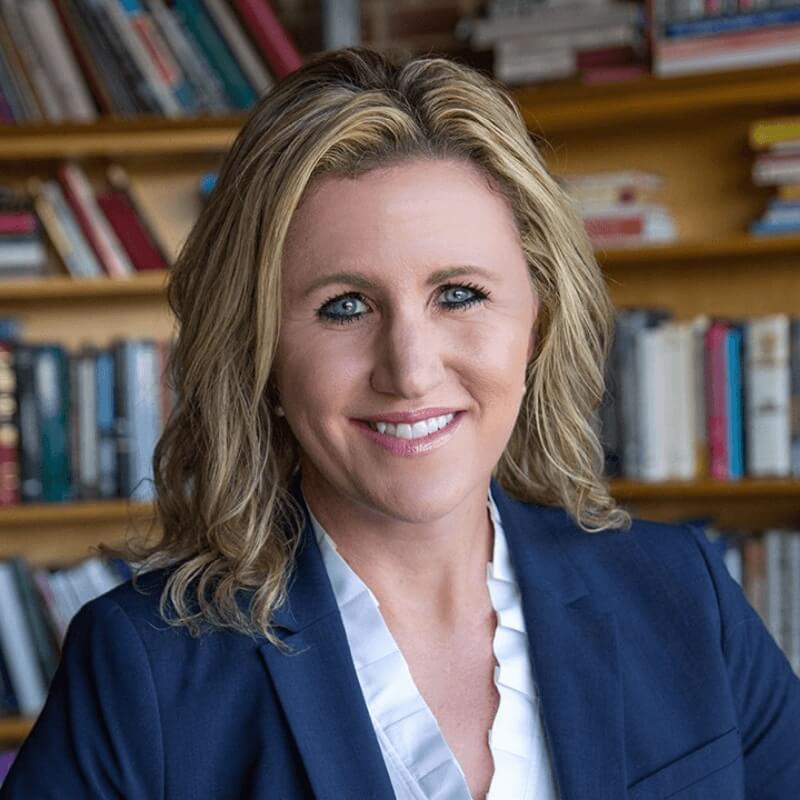 Marjorie K. Eastman is an author, advocate, and U.S. Army combat veteran of Operation Iraqi Freedom and Operation Enduring Freedom. Her memoir The Frontline Generation: How We Served Post 9/11 is the first book to define post 9/11 service and leadership.

Marjorie K. Eastman is a veteran who served two combat tours, an independent award-winning author and entrepreneur, a military spouse and mother. Marjorie is running for U.S. Senate because we are in desperate need of frontline leadership in Washington for North Carolina.

Marjorie’s biggest battle actually took place when she became a mother to her son, Henk. At 6-months-old he was diagnosed with a type of infant cancer called Neuroblastoma. Marjorie and her husband, Charles, anchored down in their faith during this difficult time, and the greatest blessing of their life were the sweet words, “clear margins.” Henk remains cancer free and a cancer survivor today!

Marjorie drew from her time in the military to survive that crucible in her life, and started to write. Marjorie published her work and was recognized in 2017 as the award-winning author of a National Independent Publisher Book Award (IPPY) for The Frontline Generation: How We Served Post 9/11. The book began as a personal memoir for her son and became the first to define post 9/11 service and leadership. It was a featured title for Hudson Booksellers in airports across the U.S. (2016-2017) and is on the recommended reading list for the U.S. Army Military Intelligence Center of Excellence library and museum.