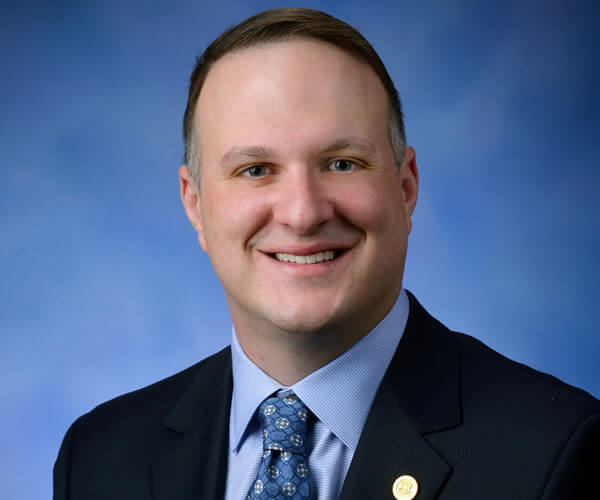 Member of the Michigan House of Representatives

Matt Hall is an American politician from Michigan. Hall is a Republican member of Michigan House of Representatives from District 63. Matt Hall was first elected to serve the 63rd District in the Michigan House of Representatives in November 2018. The 63rd District consists of south and central Calhoun county and eastern Kalamazoo county.
Rep. Hall serves as chairman of the House Oversight Committee and is a member on the Tax Policy, Education, and Regulatory Reform committees. Rep. Hall is an attorney. He previously served as West Michigan Liaison for the Michigan Attorney General’s office. Rep. Hall also worked in the private sector for a combat propulsion systems manufacturer.