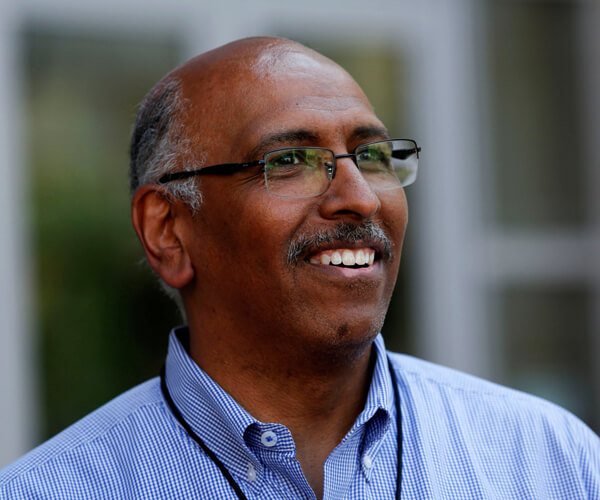 Michael Steele is an American conservative political commentator and former Republican Party politician. Steele served as the seventh lieutenant governor of Maryland from 2003 to 2007. He was the first African-American elected to statewide office in Maryland. As lieutenant governor, Steele chaired the Minority Business Enterprise task force, actively promoting an expansion of affirmative action in the corporate world. Steele also served as chairperson of the Republican National Committee (RNC) from January 2009 until January 2011; he was the first African-American to serve in that capacity.

In the 1990s, Steele worked as a partner at the international law firm of LeBoeuf, Lamb, Greene & MacRae and co-founded the Republican Leadership Council, a "fiscally conservative and socially inclusive" political action committee. Steele also made numerous appearances as a political pundit on Fox News and other media outlets prior to running for public office. He made an unsuccessful run in the 2006 U.S. Senate election in Maryland, losing to Democrat Ben Cardin. From 2007 to 2009, Steele was chairman of GOPAC, a 527 organization that trains and supports Republican candidates in state and local elections. After serving one term as RNC Chairperson from 2009 to 2011, he lost his bid for a second term and was succeeded by Reince Priebus. Since 2011, Steele has contributed as a regular columnist for online magazine The Root and as a political analyst for MSNBC.