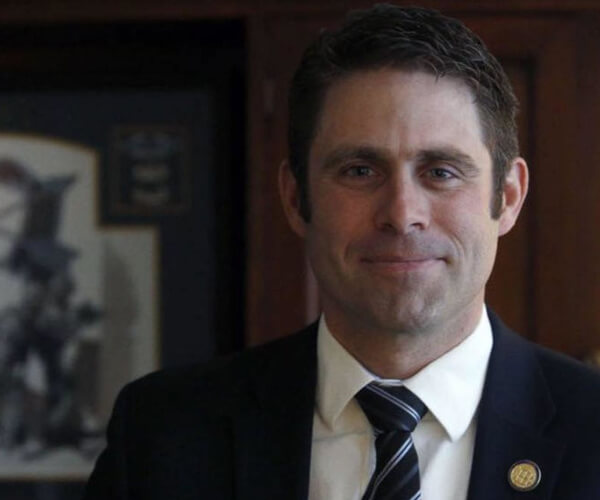 Nicholas J. Freitas is an American politician who is a member of the Virginia House of Delegates. He was first elected in 2015, and represents the 30th district, which comprises Madison County, Orange County, and the southern half of Culpeper County as a Republican.
Freitas was a candidate for the U.S. Senate in 2018, losing the Republican nomination to Corey Stewart. He is seeking the Republican nomination in Virginia's 7th congressional district for the 2020 election.

Freitas is a United States Army veteran who served two tours in Iraq.

Freitas tends to support a libertarian conservative approach to economic issues. In his 2018 Senate race, Freitas stated: "People should be free to make important economic decisions for themselves free from intrusive and over bearing government. This means supporting low taxes, opposing onerous regulations, protecting private property rights and at all times fighting cronyism, which seeks to make business beholden to politicians and bureaucrats rather than their customers."