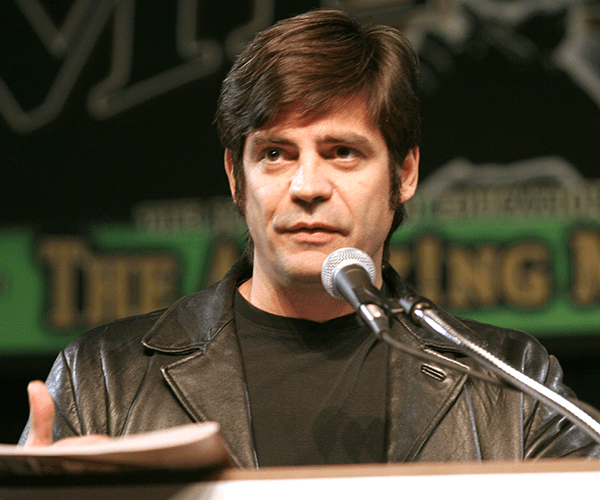 Gillespie has a Ph.D. in American literature and edited the 2004 anthology Choice. He is a two-finalist for digital National Magazine Awards and one of the "Top 25 Journalists on The Right" according to the Daily Beast, which enthuses "the clear-headed, brainy Gillespie is among the foremost libertarians in America [who is] as often at odds with conservative mules as he is with liberals."

Gillespie served as editor in chief of Reason magazine from 2000 to 2008, creating its award-winning blog Hit & Run (praised by Playboy, the Washington Post, and the Village Voice) and making history by publishing the first mass-personalized magazine cover for 45,000 Reason subscribers in June 2004.

Prior to descending into the ring of hell known as political journalism, he was a staffer for publications such as Teen Machine, Smash Hits, and Metallix: It'll Rock You to Shreds!, and was a regular contributor to the pioneering satire site, Suck.com, where he wrote under the nom de plume Mr. Mxyzptlk.