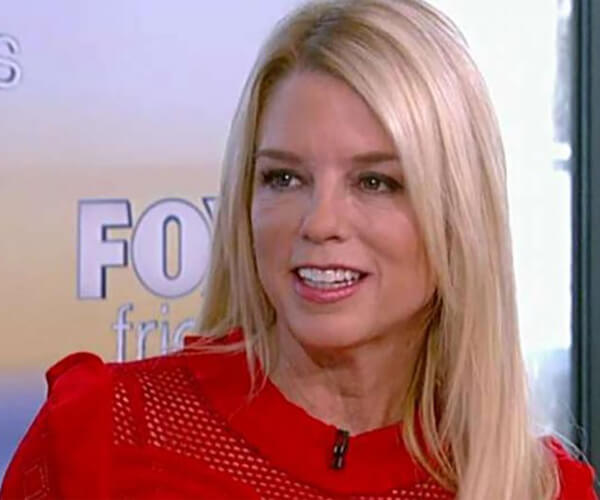 Pam Bondi is an American attorney, lobbyist and politician. A Republican, she served as the 37th Florida Attorney General from 2011 to 2019.

Bondi's hometown is Temple Terrace, Florida. Her father, Joseph Bondi, was a city council member and then Mayor of Temple Terrace. She is a graduate of C. Leon King High School in Tampa. Bondi graduated from the University of Florida in 1987 with a degree in Criminal Justice and was a member of Delta Delta Delta sorority at Florida. She then graduated from Stetson Law School with a JD in 1990 and was admitted to the Florida Bar on June 24, 1991.

She is a former prosecutor and spokeswoman in Hillsborough County, Florida, where she worked as an Assistant State Attorney. Bondi resigned this position to seek the office of Attorney General of Florida. She has made guest appearances on Scarborough Country with Joe Scarborough and various other cable news programming on MSNBC and worked for Fox News as a guest host.