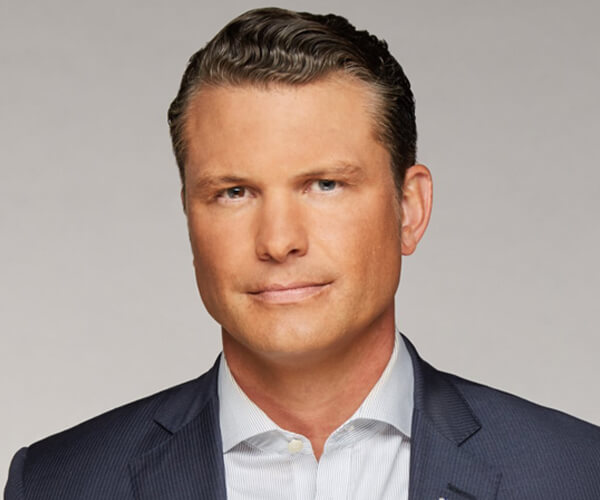 In May of 2020, Hegseth's second book--AMERICAN CRUSADE--was published by Center Street and makes the case for a political and cultural crusade to fight for America's freedom. Hegseth's first book--IN THE ARENA--was published in 2016.

Pete is an Army veteran of Afghanistan, Iraq and Guantanamo Bay who holds two Bronze Stars and a Combat Infantryman's Badge for his time overseas. He still serves as an Army Major.

Pete is a graduate of Princeton University and Harvard University's John F. Kennedy's School of Government. Pete and his wife Jennifer have seven kids, all future Crusaders.