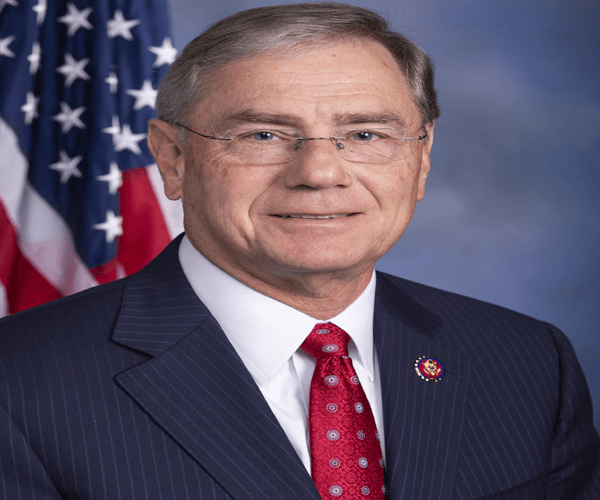 William Blaine Luetkemeyer is an American politician currently serving as the incumbent U.S. Representative for Missouri's 3rd congressional district, a seat he has held since 2009. As the Representative of the 3rd Congressional District of Missouri, Blaine is committed to representing the interests of hard-working people by being a strong voice for them in Congress.

Representing the 13 counties that make up the 3rd Congressional District of Missouri, Blaine is a native of St. Elizabeth, MO where his family has lived for four generations.

Along with his strong agriculture background, Blaine is a small businessman, having been in the banking and insurance industry for over 30 years. He also served as a bank regulator for the state of Missouri earlier in his career.
Blaine is a member of the Knights of Columbus, Eldon Chamber of Commerce, Missouri Farm Bureau, National Rifle Association and a lifelong member of St. Lawrence Catholic Church. He is a graduate of Lincoln University in Jefferson City, MO, where he earned a degree with distinction in political science and a minor in business administration.