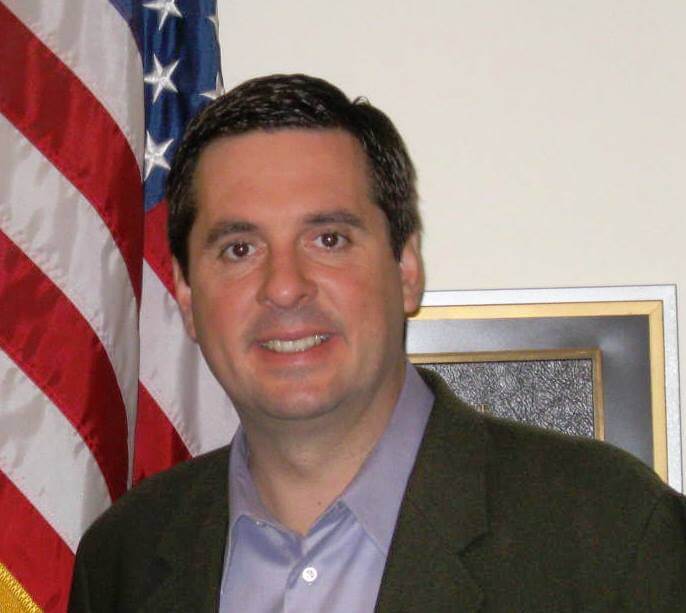 Devin Nunes (born October 1, 1973) has served in the U.S. House of Representatives since 2003. He currently represents California's 22nd congressional district, which is located in the San Joaquin Valley and includes portions of Tulare and Fresno Counties. He and his wife have three daughters.
Nunes is Chairman of the House Permanent Select Committee on Intelligence and a member of the Ways and Means Committee, having previously served as Chairman of the Ways and Means Subcommittee on Trade. He is the author of the book Restoring the Republic, which was published in September 2010.
Nunes was born in Tulare, California. His family is of Portuguese descent, having emigrated from the Azores to California. From childhood, he worked on a farm that his family has operated in Tulare County for three generations. He raised cattle as a teenager, used his savings to begin a harvesting business, and then bought his own farmland with his brother.
Nunes graduated from Tulare Union High School. He is the second Member of Congress to attend Tulare Union, following Olympic gold medalist Bob Mathias, who served in the House of Representatives from 1967 to 1975. After associate's work at College of the Sequoias, Nunes graduated from Cal Poly San Luis Obispo, where he received a bachelor’s degree in agricultural business and a master’s degree in agriculture.