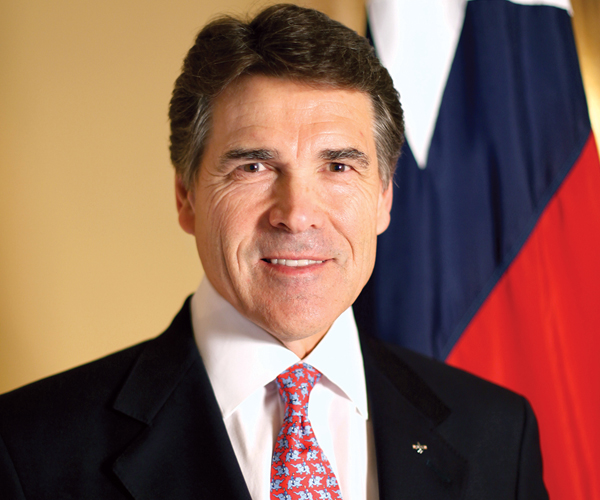 Prior to joining the Administration as Secretary of Energy, Perry served as the 47th governor of Texas. As Governor of the Lone Star State, Perry championed conservative principles that helped Texas become America’s economic engine.

Governor Rick Perry is a veteran of the United States Air Force, having flown C-130 tactical airlift aircraft in Europe and the Middle East. He is deeply involved with supporting the active duty and veteran community, both as Governor and now as Secretary of Energy.

Perry earned distinction early in his life as an Eagle Scout. He was one of the first in his family to go to college, earning a degree in Animal Science from Texas A&M University, where he was a member of the Corps of Cadets and a Yell Leader.

He is a lifetime member of both the NRA and American Legion Post #75.