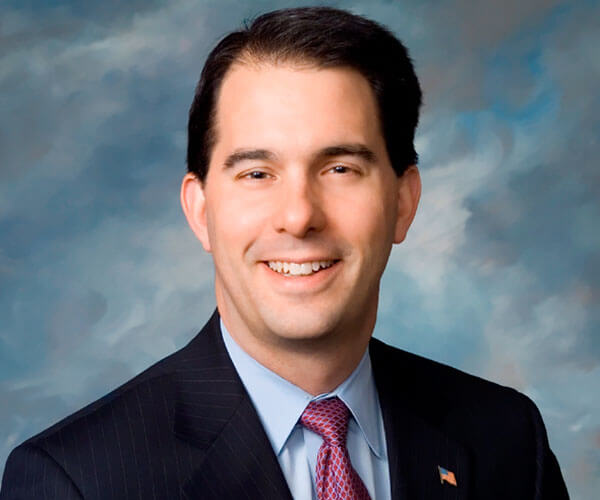 Scott Walker grew up in a small Wisconsin town named Delavan. His father, Llew, was a pastor, and his mother, Pat, was a secretary and bookkeeper. His grandparents were farmers and machinists. From a young age, these mentors instilled in Scott the importance of service and the dignity of putting in a hard day’s work.

Scott’s first job was washing dishes at the Countryside Restaurant. Later, he flipped hamburgers at McDonald’s. No matter the job, Scott always carried with him the work ethic modeled for him in his youth.

In school, he was active in sports, band, and church, and achieved the rank of Eagle Scout. It was in 1985 that Scott’s eyes were opened to public service after he was selected to attend the American Legion’s Badger Boys State program. It was there that he learned the virtues of American government and the importance of freedom. Scott thrived at Badger Boys State and was selected out of hundreds of young, aspiring men to be one of two representatives from Wisconsin to Boys Nation in Washington, D.C.