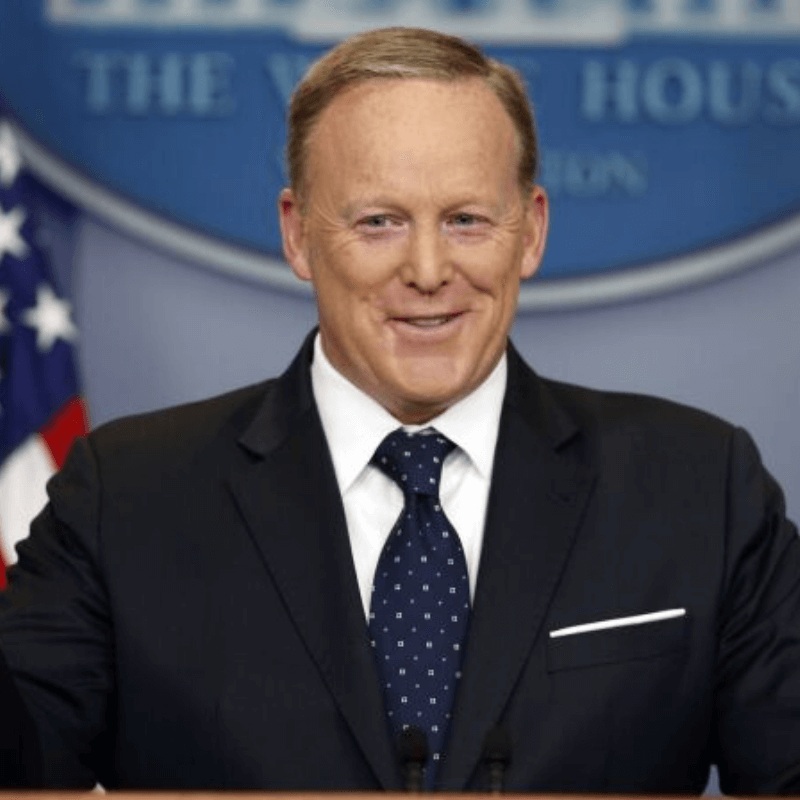 Sean Michael Spicer is an American political aide who served as the 28th White House Press Secretary and as White House Communications Director under President Donald Trump in 2017. Spicer was communications director of the Republican National Committee from 2011 to 2017, and its chief strategist from 2015 to 2017.