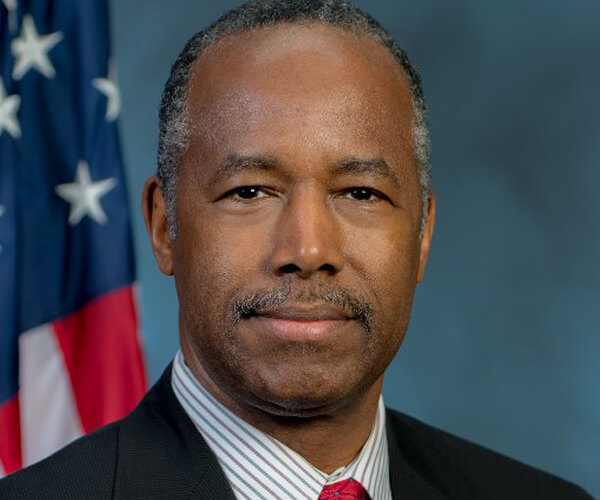 Sec. Ben Carson is an American politician, author and former neurosurgeon serving as the 17th United States Secretary of Housing and Urban Development since 2017, under the Trump Administration. Prior to his cabinet position, he was a candidate for President of the United States in the Republican primaries in 2016, being the only Republican to ever poll higher than Donald Trump nationally during the campaign.

Born in Detroit, Michigan, and a graduate of Yale University and the University of Michigan Medical School, Carson has authored numerous books on his medical career and political stances. He was portrayed by Cuba Gooding Jr. in a 2009 biographical television drama film.