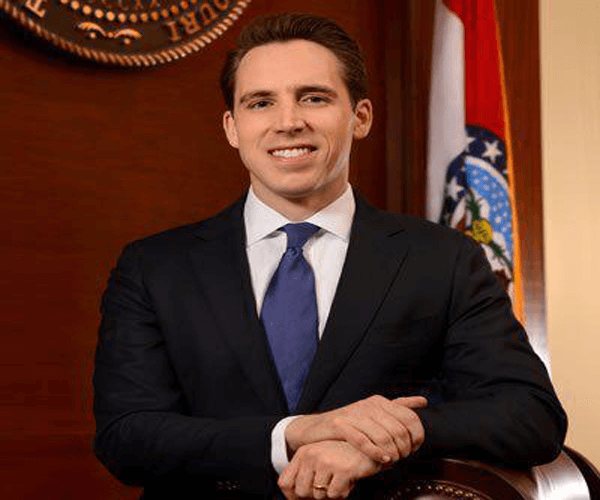 Raised in Lexington, Missouri, Josh Hawley serves as the state’s junior U.S. Senator. As Senator, Josh has earned a reputation for taking on the big and the powerful to protect Missouri workers and families. He has stood against anyone who would threaten the wellbeing of Missourians at every level – as a constitutional lawyer, as Missouri’s Attorney General, and now in Washington.

Josh is recognized as one of the nation’s leading constitutional lawyers. He has litigated at the Supreme Court of the United States, the federal courts of appeals, and in state court, fighting for the people’s liberties. He cracked down on human trafficking in Missouri, leading the largest anti-trafficking bust in Missouri history. And investigated the most powerful company in the world—Google—to ensure the safety of Missourians’ private information. Now, Josh is taking this fight to Washington. He is working to protect our religious liberty from powerful special interest groups, to keep Big Tech companies from abusing their power, and to prevent foreign interests from hurting American workers.