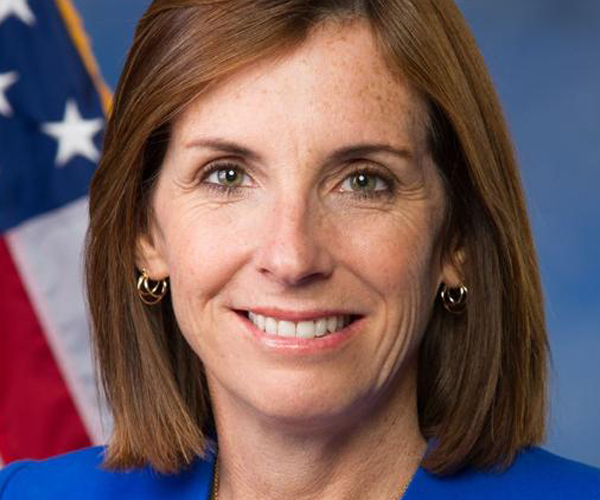 Martha McSally is an American politician

Martha Elizabeth McSally (born March 22, 1966) is an American politician serving as the junior United States Senator for Arizona since 2019. A Republican, she served as the U.S. Representative for Arizona's 2nd congressional district from 2015 to 2019.

McSally served in the United States Air Force from 1988 to 2010 and became the first U.S. woman to fly in combat and the first woman to command a fighter squadron. In 2001, McSally sued the United States Department of Defense in McSally v. Rumsfeld, challenging the military policy that required United States and United Kingdom servicewomen stationed in Saudi Arabia to wear the body-covering abaya when traveling off base in the country.[1]

Following an unsuccessful congressional bid in 2012, McSally was elected to the House of Representatives in 2014. She served two terms as the U.S. Representative for Arizona's 2nd congressional district. McSally was the Republican nominee in Arizona's 2018 U.S. Senate election, losing 50–48% to Democrat Kyrsten Sinema. Following that election, interim U.S. Senator Jon Kyl resigned from the state's other Senate seat, and Republican Governor Doug Ducey appointed McSally to succeed Kyl.

There will be a special election coinciding with the 2020 general election to determine whether McSally will serve the remainder of the Class 3 Senate term, likely pitting her against astronaut and former U.S. Navy captain Mark Kelly