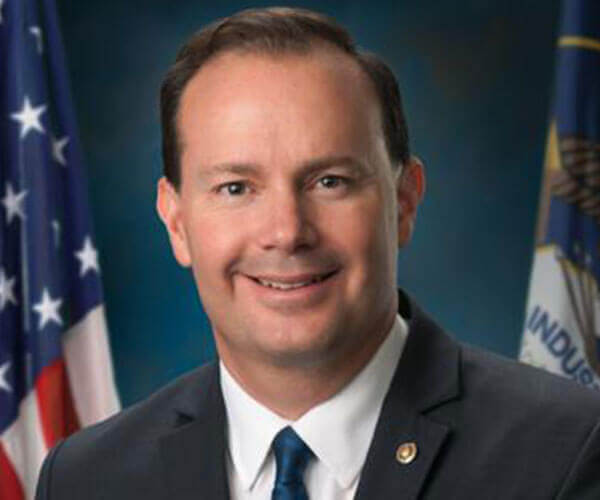 Michael Shumway Lee is an American politician, author, and attorney who is the senior United States Senator from Utah. A conservative, libertarian-leaning Republican, Lee has served in the Senate since January 3, 2011.\

Elected in 2010 as Utah's 16th Senator, Mike Lee has spent his career defending the basic liberties of Americans and Utahns as a tireless advocate for our founding constitutional principles.

Senator Lee acquired a deep respect for the Constitution early on. His father, Rex Lee, who served as the Solicitor General under President Ronald Reagan, would often discuss varied aspects of judicial and constitutional doctrine around the kitchen table, from Due Process to the uses of Executive Plenary Power. He attended most of his father's arguments before the U.S. Supreme Court, giving him a unique, hands-on experience and understanding of government up close.