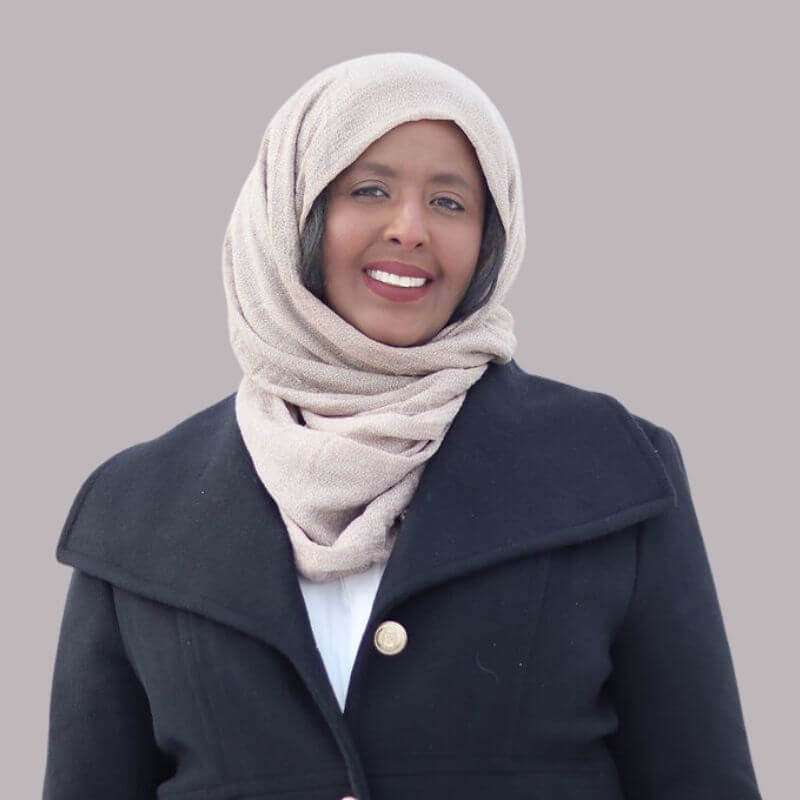 Shukri (Shu) Abdirahman is running to defeat Ilhan Omar in Minnesota's 5th Congressional District to repair the damage caused by her failed leadership. Shu's top priorities are creating safer communities where we fund police and secure our borders, provide choice in education where money follows the child, and restore our economy for a more free and prosperous America. Her conservative principles are guided by her faith in God and her oath to the United States Constitution.

From Somalia to Minnesota, Shu and her family were welcomed as American citizens. She did not have much growing up on Portland and Franklin in the heart of Minneapolis, but they were in America, the land of opportunity. With high marks in school she was accepted to the University of Minnesota-Duluth on a Softball Scholarship.

After hearing about the events of Black Hawk Down, Shu was inspired to give back to the men and women who gave their lives so she could have a second chance in America. She went ton to serve 10 years with the U.S. Army.

While serving, Shu married one of her fellow soldiers and gave birth to three beautiful kids. Her husband suffered from PTSD, which led to their separation. Shu is a survivor of domestic abuse from the marriage and has taken on the role of a single mother to her three children.