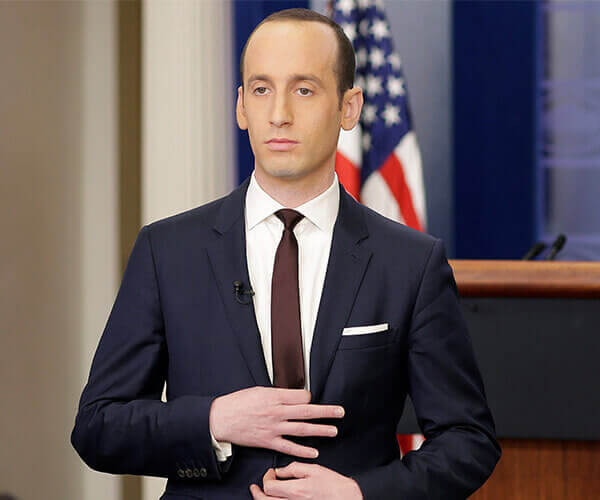 Senior Advisor to the President

Stephen Miller is an American government official who serves as a senior advisor for policy to President Donald Trump. His politics have been described as far-right and anti-immigration. He was previously the communications director for then-Senator Jeff Sessions.
As a White House spokesman, Miller has on multiple occasions made false and unsubstantiated claims regarding widespread electoral fraud. Emails leaked in November 2019 showed that Miller had promoted articles from white nationalist publications VDARE and American Renaissance, and had espoused conspiracy theories. Miller is on the Southern Poverty Law Center’s list of extremists.