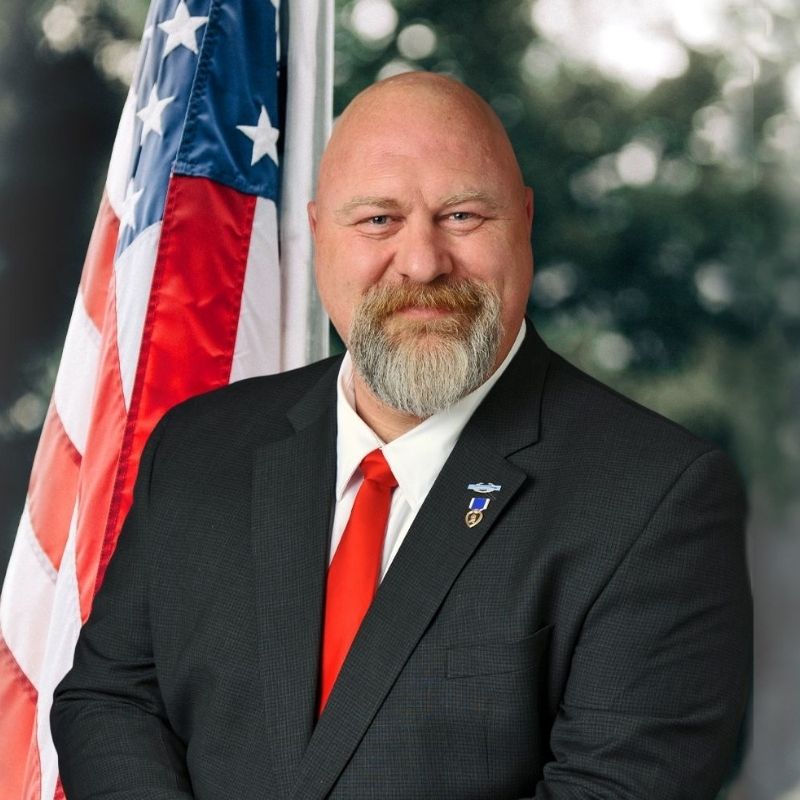 Teddy Daniels was born and raised in Pennsylvania to a blue collar family. Teddy’s father was brick and stone mason and his mother worked at textile factory. Teddy attributes his work ethic to his blue collar upbringing.

As a younger man, Teddy was a stellar athlete. He played baseball, was a champion powerlifter, ran track and was an All-State football player. He attended and graduated from the prestigious Valley Forge Military Academy. Teddy was selected to represent Pennsylvania in the Prestigious Big 33 Football classic which is known as the Super Bowl of High School Football. He then attended West Virginia University on a full athletic scholarship where he was a starting guard for the Nationally Ranked WVU Mountaineer Football Team.

After College, Teddy had a distinguished career as a police officer. He worked in every aspect of Law Enforcement and was instrumental in community initiatives. Teddy was awarded the accolade of Law Enforcement Officer of the Year in 2002.

After a successful law enforcement career, Ted enlisted active duty into the United States Army Infantry. Deployed to Afghanistan, Teddy was wounded during a firefight with the Taliban in 2012. Teddy is a highly decorated Combat veteran and his commendations include the Purple Heart and Combat Infantry Badge.