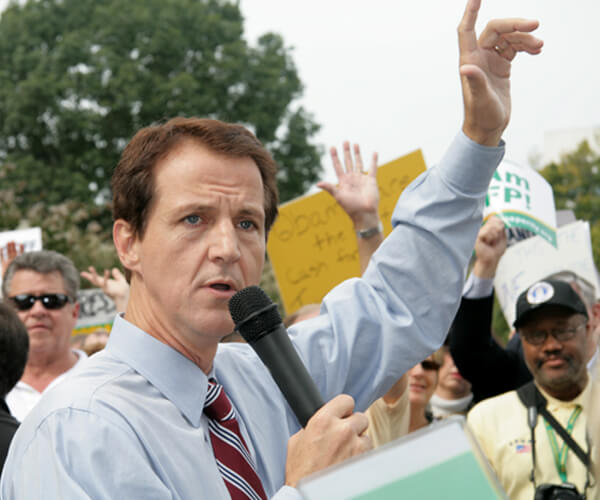 Tim Phillips is the president of Americans for Prosperity, serving in the role since 2006. Americans for Prosperity (AFP) has enjoyed rapid growth, going from nine state chapters in January of 2006 to 36 state chapters with full-time staff on the ground, with more than 3.2 million grassroots activists in 50 states, who are fighting for free-market principles and policies at the state, national and local levels.

Tim is a veteran political strategist and one of the nation’s premier grassroots organizers with 33 years of experience, including presidential, gubernatorial and congressional races, as well as state legislative, local and issue-advocacy campaigns. In 1992, Tim managed U.S. Rep. Bob Goodlatte’s (R-VA) first congressional campaign and later served as Rep. Goodlatte’s chief of staff on Capitol Hill for four years.

In 1997, Tim helped found Century Strategies, one of the nation’s leading public affairs, political consulting and public relations firms. He was named a “Rising Star in Politics” in 1998 by Campaigns and Elections Magazine. In 2012, Tim was named one of Politico’s top 25 public policy players.