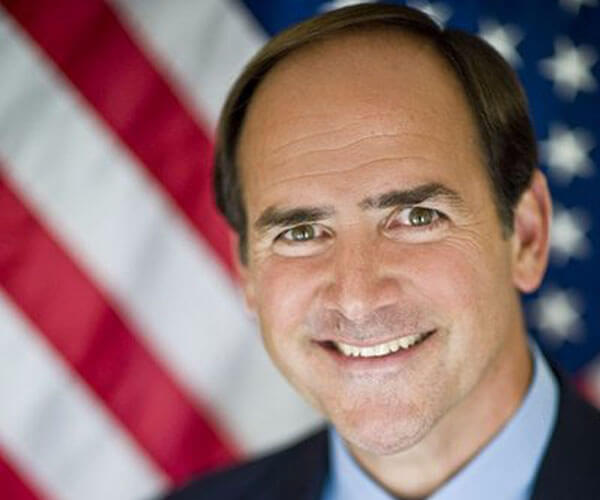 Zach Wamp is an American politician who was the U.S. Representative for Tennessee's 3rd congressional district from 1995 to 2011. He is a member of the Republican Party. The district is based in Chattanooga and includes large parts of East Tennessee, including Oak Ridge.

Wamp was born in Fort Benning, Georgia and grew up in East Ridge, Tennessee, a community adjacent to Chattanooga, where his father worked as an architect. He attended The Lutheran School, a Lutheran elementary school. Later, with his two brothers, he attended The McCallie School, an all-male prep school in Chattanooga, as a day student, from the age of 11 until he graduated in 1976. He was president of the student council, active in athletics and was the MVP of the varsity basketball team at McCallie in 1976. He was baptized, raised and confirmed in the Lutheran Church. He spent his freshman year at University of North Carolina at Chapel Hill in 1977–78 and briefly returned in 1979–80 after his sophomore year at the University of Tennessee at Knoxville between (1978–79). However, he graduated from neither and struggled with drug and alcohol problems as a student before ultimately dropping out of college.

After leaving college, Wamp rebounded and became a national sales supervisor for Olan Mills, a photography company based in Chattanooga that primarily produces church directories, and later a successful commercial and industrial real estate broker. He worked in his family's architectural and development business and became vice president of Charter Real Estate Corporation in 1989. In 1992, he joined Fletcher Bright Co. in Chattanooga as a commercial and industrial real estate broker.